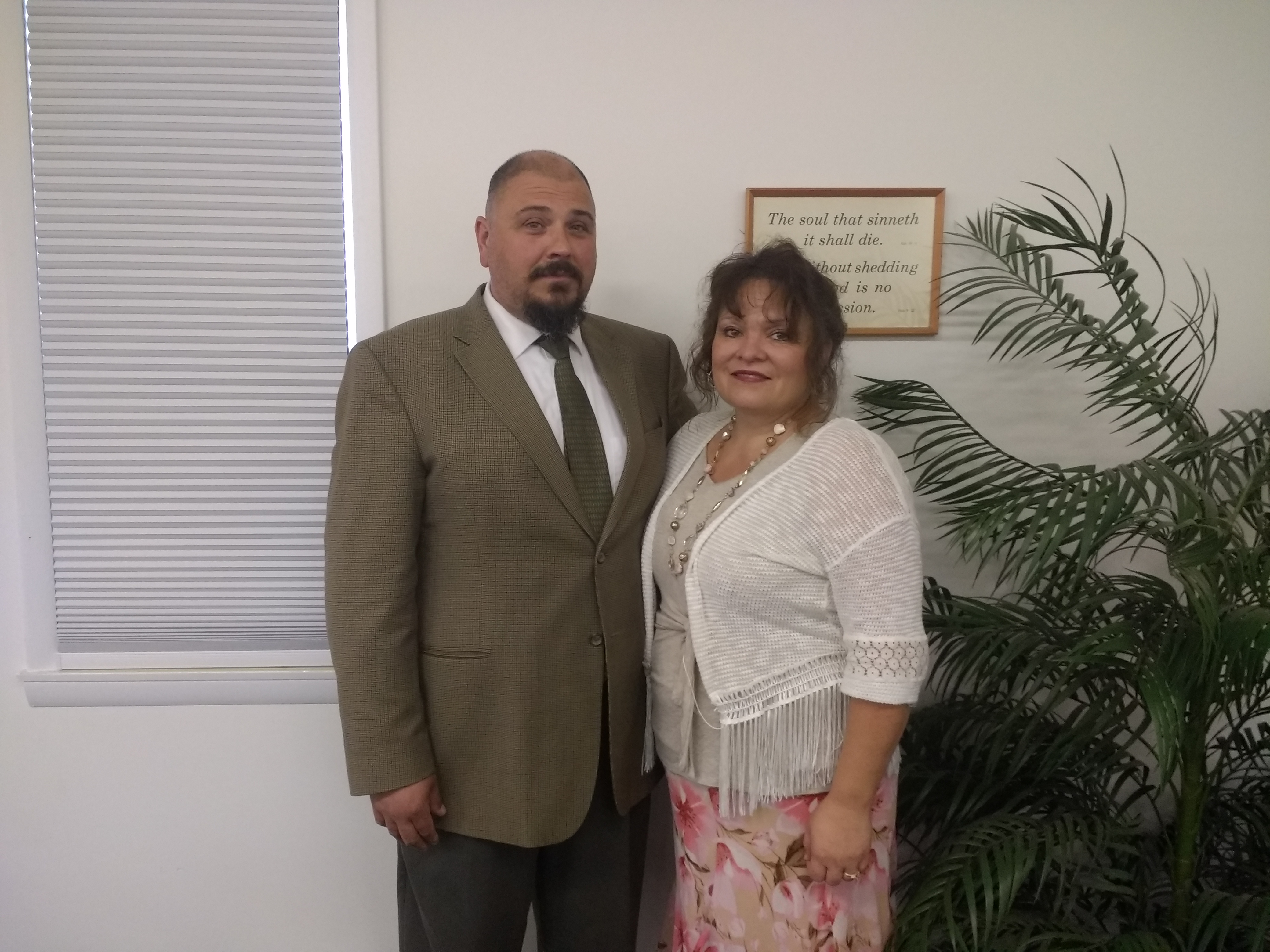 Tim Lambert has been the pastor of Secord Bible Baptist Church since 1991. Pastor Lambert was saved in 1976 and was called to preach in 1989. He attended the Pensacola Bible Institute from 1990-1991 and later received a Bachelor of Bible from Great Commission Theological Seminary. He was married to Valerie in 1990, in Gladwin, Michigan. Before pastoring Secord, Tim helped out with the youth and with door-to-door visitation the summer of 1990; and was later called to the pastorate in July of 1991. Pastor Tim and Valerie have four children: (Steven and) Rachel Worpell, (Cory and) Bethany Thomas, Faith, and Timothy Steven. Pastor and Mrs. Lambert are blessed to have all of their children actively attending Secord Bible Baptist.

Josh Hoffman was saved on May 28, 2000, while serving as a Hospital Corpsman with the US Marine Corps, on Operation "Dynamic Mix". While serving in that operation, his Chief, Earnest Thomas, led him to Jesus Christ in a goat field right outside of Thessaloniki, Greece. Pastor Thomas was a King James Bible believer, and helped Josh get firmly grounded in the infallible words of God found in the King James Bible. After his deployment, Josh was able to lead his wife, Andrea to Christ and they surrendered to serve the Lord Jesus Christ. Pastor Josh was called to preach when reading I Corinthians 1:21. From January, 2004-May 2007, Josh and his wife attended Pensacola Bible Institute, and after graduation the Lord led him to Gladwin, Michigan to serve at Secord Bible Baptist Church as the associate pastor. From 2003-2015, The Lord blessed Pastor Josh and Mrs. Hoffman with seven children; David, Jonathan, Rebekah, Matthew, Benjamin, Grace, and Seth. 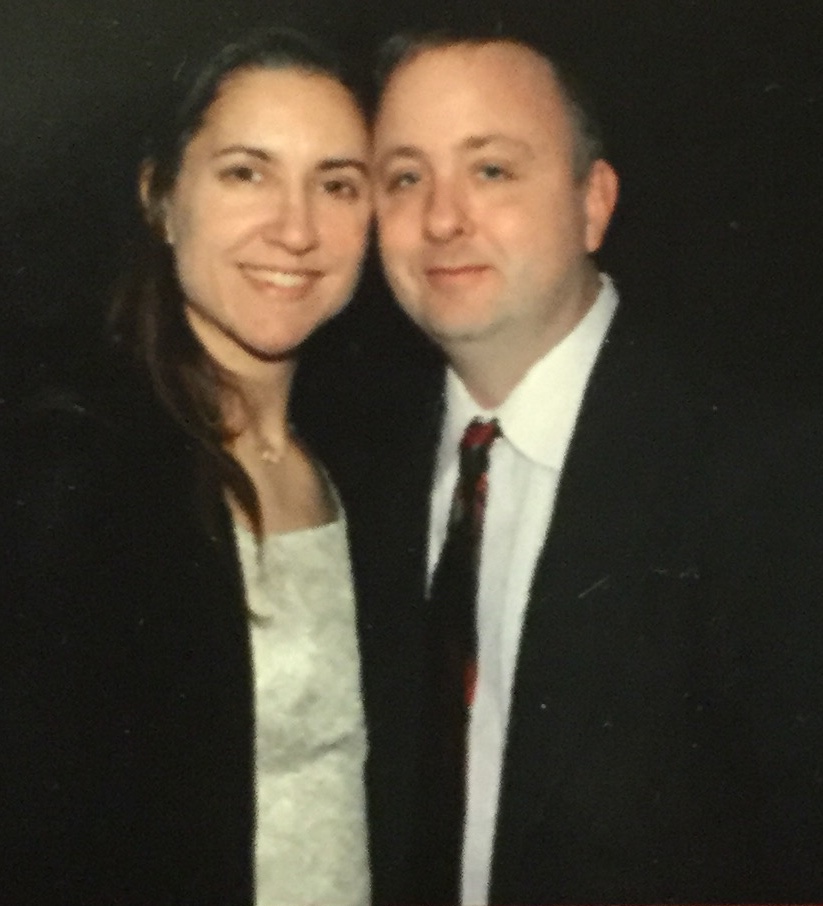 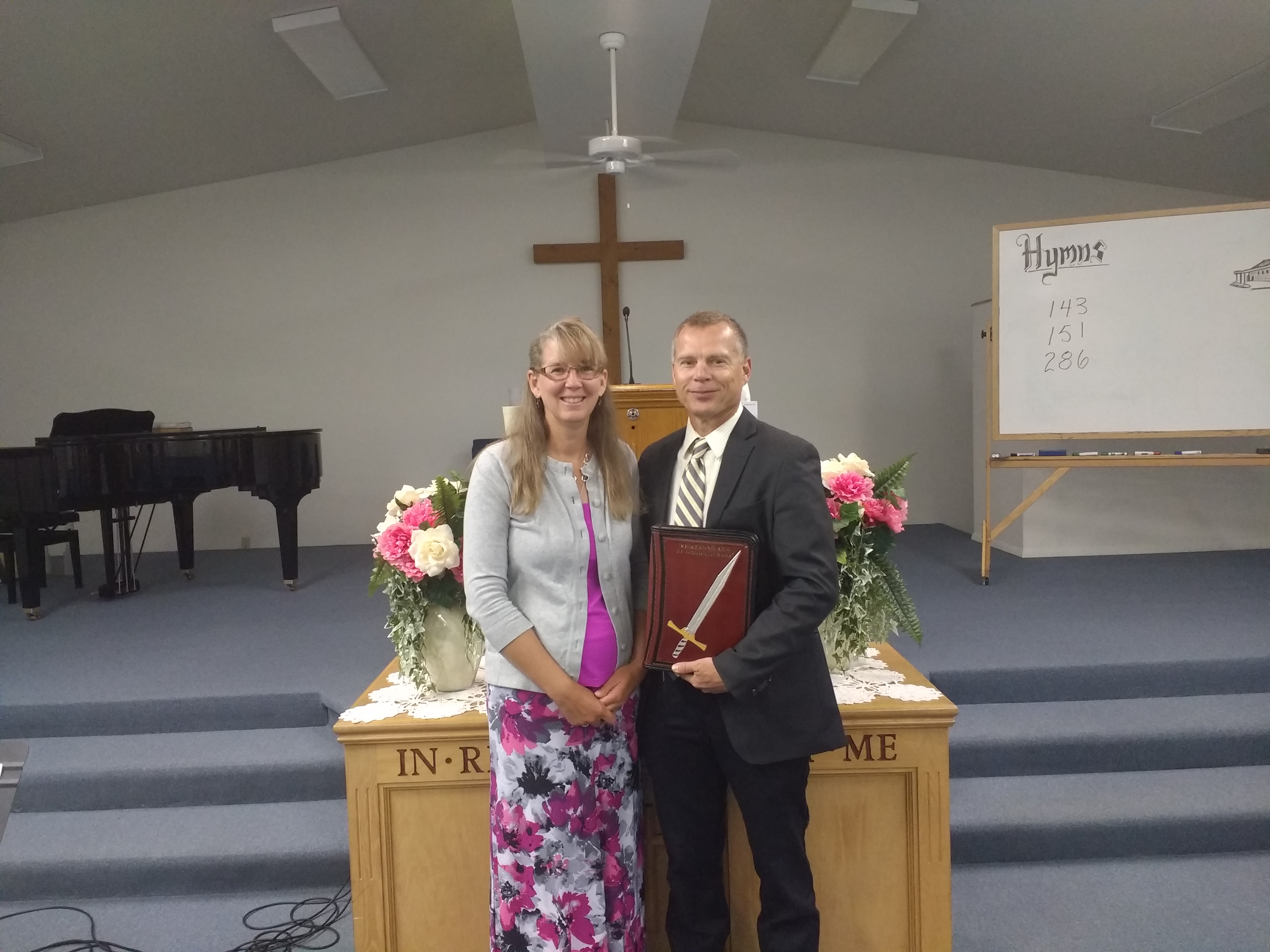 I married my high school sweetheart (Trisha) in 1991. We were very busy building our new house, maybe too busy. We had our first child in 1994 (Madeline). After some issues with daycare, Trisha decided to be a stay-at-home mom. In 1996, Trisha was pregnant with our second child. I worked a lot, having 2 or 3 jobs, always looking for a way to make more money. I liked to spend money, so no matter how much I made, I always spent it. With spending money like I did, being a cocking punk kid and working a lot, our marriage was not going well. I was raised up a Roman Catholic having been infant baptized, taken first communion, attended Catholic school, and married in the Catholic church. One day after church, having one child and another on the way, we decided things had to be more to church than what we were getting, we wanted our kids to learn more Bible . So, we started going to other churches—we soon got very confused with the number of churches and different beliefs (I Cor 14:33). I recalled getting a gospel tract from Brian Linebaugh when my brother Scott and I bought a sand compactor from him. I think Scott threw his away. I read mine and thought, "Well, that’s interesting." So a few months later, having gone to several churches and being very confused, I called Brian and asked if my wife and I could come and talk with him about the Bible verses he has stuck all over his vehicle. We met, and Brian took a King James 1611 Bible and showed us what the Bible said would happen to us if we died that night (John 3:36). We would have split hell wide open, our souls would have spent eternity in hell, not in purgatory , waiting for someone to pray us out of it. I was lost and on the way to hell. But on November 15, 1997, at about 10:00 P.M. Trisha and I got on our knees and trusted in the shed blood of Jesus Christ and Him alone to forgive us of our sins and save us. (Romans 10:9). Praise the Lord He saved us! Will you get saved today? If not, why not?